Why you Should be Running Snapchat Ads 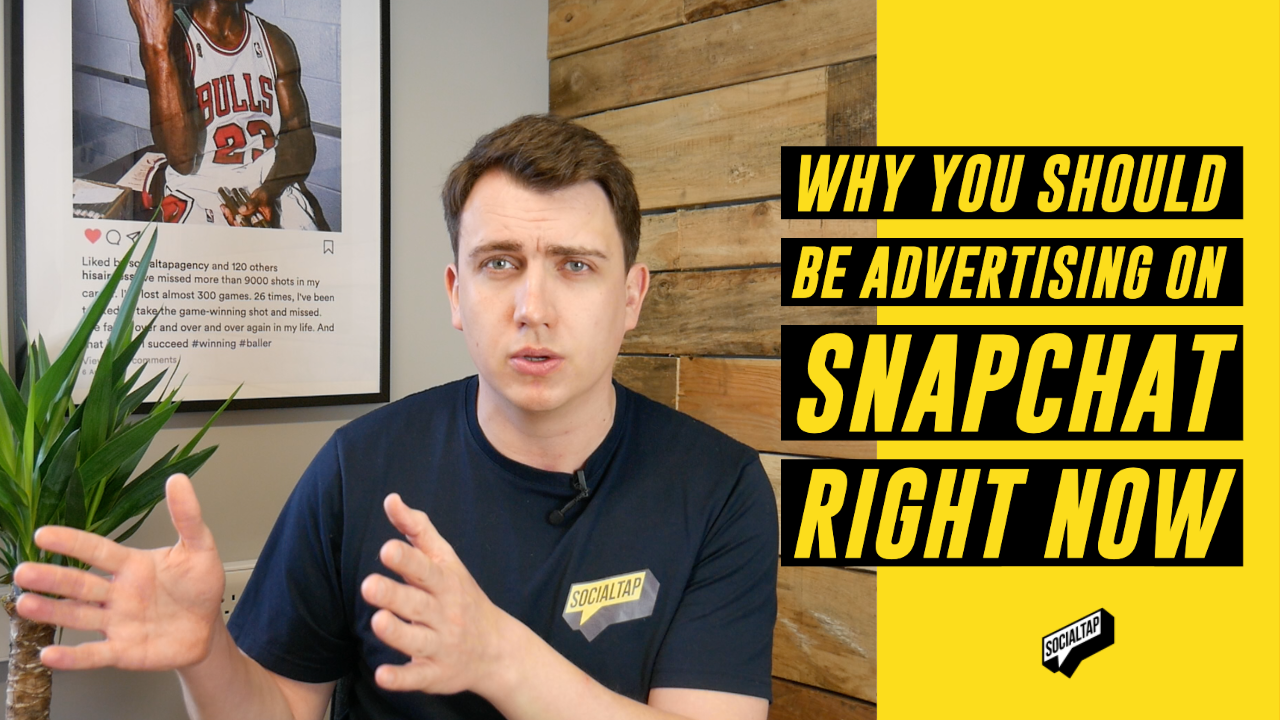 In this video, I walk through exactly why advertising on Snapchat is a no brainer for many of our car dealers and finance brokers.

And it's not all teenagers either

How to market on snapchat

How to run Snapchat ads

Today, we’re talking all about Snapchat ads, and why you should be advertising on them.

That’s a good enough introduction, nice and straightforward, so let’s get started.

Now, the first reason is, it's because nobody else is.

I know that might sound a little bit strange, but if you think about brands that did exceptionally well with things like PPC, SEO, Facebook, and social media, it was the early adopters. It was the people that got in there first when it was easier to get positions on Google when traffic on Facebook was cheap when it was easy to build big organic audiences, and Snapchat's in that same place right now, especially from a paid marketing point of view. We'll go onto some of those reasons a little bit later.

The second reason is that the highest-growing age bracket in terms of users on Snapchat right now is 25- to 34-year-olds, which is a real core market for car dealers and finance brokers.

In fact, there are 5.1 million active users in this bracket right now, and also, there's the ability to target car shoppers or automotive shoppers specifically on Snapchat, and at the moment, there are 1.6 million people that fall into that category. Again, a great benefit of using Snapchat ads is the ability to target those individuals which we don't necessarily have on Facebook, and we have to be clever about how we find those people.

The third thing is, traffic and impressions are ridiculously cheap.

If you compare it to Facebook and Instagram, some people say it's sometimes as low as a fifth of the cost, so you can reach five times as many people for the same amount of money. At the moment, we're seeing anything between it being 50% cheaper up to around about 60, 70% cheaper to do that.

The fourth thing is, you've got similar capabilities on Snapchat to Facebook.

So first of all, you have a pixel which can track traffic and track what people are doing. One of the recommendations I give you is, get that on your website as soon as possible so you can start tracking those people hitting your site. We also have the ability to run campaigns into custom audiences, and create lookalike audiences, and also, the story ads that you would create on Snapchat are the same placement sizes as they would be on Facebook and Instagram too, so it's really easy to port your story ad placements over to Snapchat. The one little warning I give with that is, on Snapchat, you don't have the benefit of having ad copy like you would on Facebook, so you've got to make sure that your videos really do explain what your

product or service is, and tell people what you want them to do next, so you might need to change some of your creative around on that.

So we're really seeing some great results for our clients right now on Snapchat, but as always, it should form part of a larger strategy, you know. I wouldn't necessarily say go and put all your efforts into Snapchat right now. We feel like the perfect marketing mix, really, is where people see your brand in multiple places, and again, one of the great benefits that we've got, because we have pixels on Facebook and on Snapchat, we can retarget traffic from either source on the alternative channel too.

So again, think about how you can incorporate Snapchat into your existing strategy, and get the most out of it. You might just use it for a retargeting platform because it's a lot cheaper to retarget people on Snapchat than it is on Facebook, or you may use it as your acquisition source and retarget on Facebook, or you can do both, but if you have any more questions about Snapchat marketing, and you want to pick our brains, feel free to send us a message.

We'd be happy to help.

Want to see if we can help you get consistent and predicable results?

We’ll find our more about your business and whether we can help you. If the answer is no, we’ll be completely honest about that. If the answer is yes, we’ll walk you through our process and how we work with our clients to help them sell more cars.

We'll ask you a bunch of questions about your sales process, your lending panel and your current marketing metrics to see if we're the right people to help you. If the answer is no, we’ll be completely honest about that.

If the answer is yes, we’ll walk you through our process and how we work with our clients to help them sell more cars.